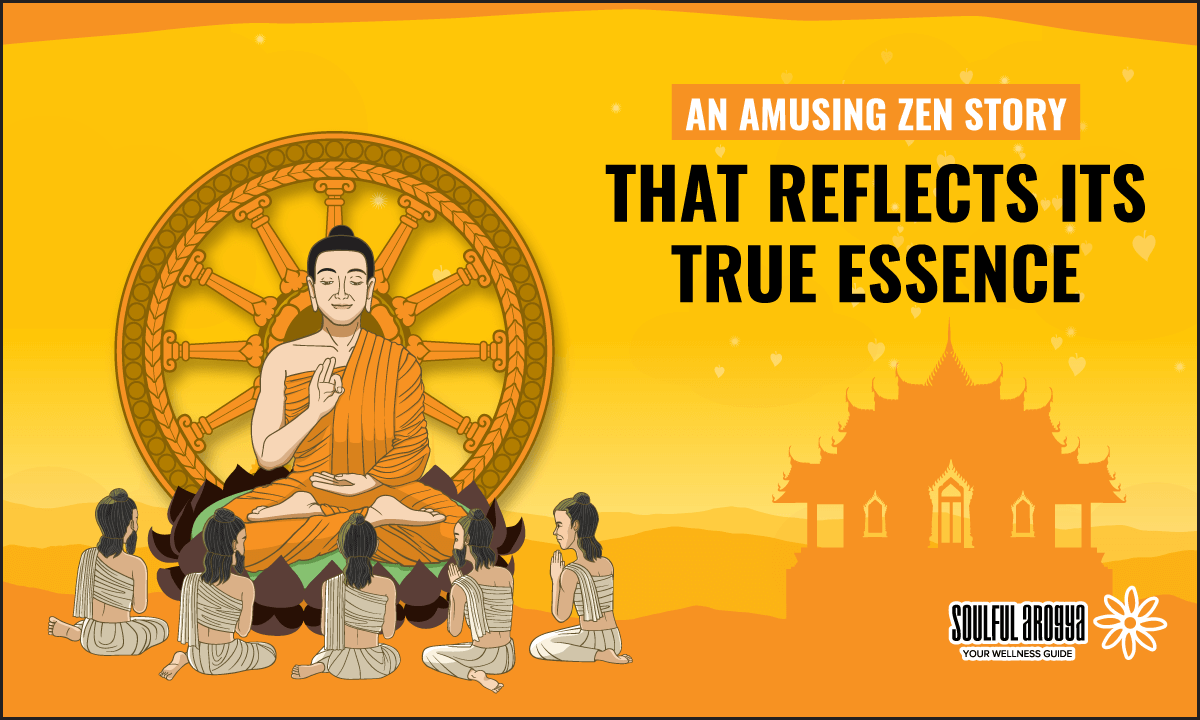 “In the beginner’s mind there are many possibilities, but in the expert’s there are few.”

These are the words spoken by the reputed Zen master, Shunryu Suzuki, who was an authority on Zazen meditation. His talks have been compiled in the book Zen Mind, Beginner’s Mind where Suzuki talks about the importance of having a beginner’s mind while approaching the beautiful practice of Zazen meditation.

The goal of practicing Zazen meditation is to keep the beginner’s state of mind. It is at the very heart of Zen philosophy.

Here is an amusing Zen story that reflects its true essence.

Once there was a Zen monk who was an expert on Diamond Sutra, an influential text from the Mahayana branch of Buddhism. As books were rare and valuable in his day, he carried the only copy in his part of the world on his back.

He was a widely sought after monk for his knowledge and insight into the Diamond Sutra. He was also quite successful at propounding the book’s many profundities to not just monks and masters, but also to ordinary people. Thus the people of that region came to know about the Diamond Sutra.

One day the monk came upon an old woman who was selling tea and cakes. The monk was hungry as he had been traveling all day, but he realized he had no money to pay for the tea and cakes.

So he said to the woman, “I have upon my back a treasure beyond knowing – the Diamond Sutra. If you’ll give me some tea and cakes, I’ll reveal to you this great treasure of knowledge.”

The woman knew something of the Diamond Sutra herself and proposed her own bargain.

She said, “Oh learned monk, if you will answer this simple question, I will give you the tea and cakes.”

To this, the monk wholeheartedly agreed.

The monk was perplexed. No answer occurred to him. So he took the text of Diamond Sutra out of his back, hoping to find an answer. As he studied and pondered, the day grew late and the old woman packed up her things to go home for the day.

“You are a stupid monk indeed,” said the old woman, leaving the hungry monk in his predicament. “You eat the cakes with your mouth.”

J Krishnamurti spoke about learning and knowledge at length in his talks.

“There is no movement of learning when there is the acquisition of knowledge; the two are incompatible, they are contradictory. The movement of learning implies a state in which the mind has no previous experience stored up as knowledge. The mind that is learning is an innocent mind, whereas the mind that is merely acquiring knowledge is old, stagnant, corrupted by the past. An innocent mind perceives instantly, it is learning all the time without accumulating, and such a mind alone is mature.”

In the beginner’s mind, there is no pride in achievement. One does not say, “I have achieved something.” All self-centered thoughts and thoughts of achievement limit our vast original mind.

Why was the Greek philosopher Socrates considered the wisest man alive by the Oracle of Delphi? It was because he had the beginner’s mind. It was because he knew that that the only true wisdom was in knowing that you knew nothing.