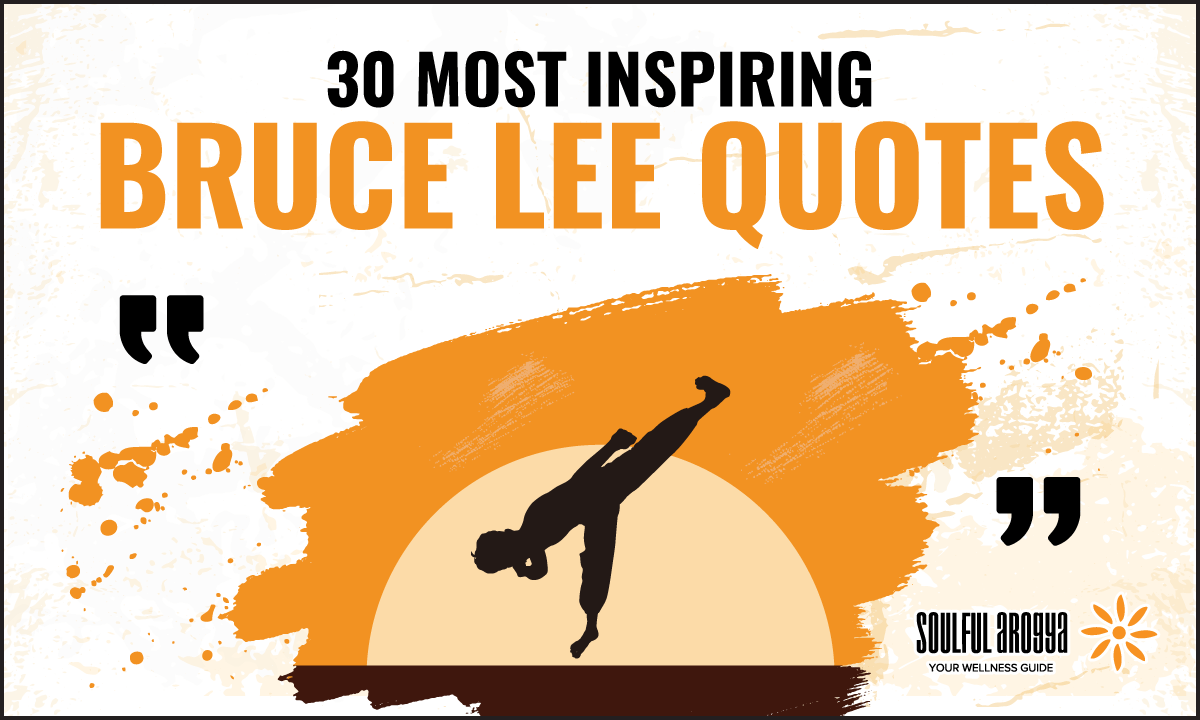 Bruce Lee was an iconic actor, martial arts expert, and a philosopher. He is widely considered as one of the most influential martial artists of all time and a pop culture icon of the 20th century.

Having acted in several Hong Kong films, Bruce Lee was first introduced to western audience with the Warner Brothers’ movie Enter the Dragon which sparked a “Kung Fu Craze” in the United States. Sadly, Lee died three weeks before the premiere of Enter the Dragon at the age of 32 under controversial circumstances. Since his death, his Asian movies The Big Boss (1971), Fists of Fury (1972), and The Way of the Dragon (1972) have achieved cult status

Even though it’s been more than 40 years since his death, Bruce Lee’s philosophy on life continues to inspire millions of people around the world. He studied both Eastern and Western philosophy extensively and kept journals to make frequent notes on his thoughts and ideas on how to live life to its fullest. He was heavily influenced by Taoism, Buddhism, and Jiddu Krishnamurti.

Tao of Jeet Kune Do, a book compiled from Bruce Lee’s notes and essays is considered one of the seminal martial arts guides of its time.

Though his philosophies on life are numerous, there are some which are core to his outlook on life and martial arts. Here are 30 of the best Bruce Lee quotes that summarize his philosophy, starting with his famous “Be as water” quote. 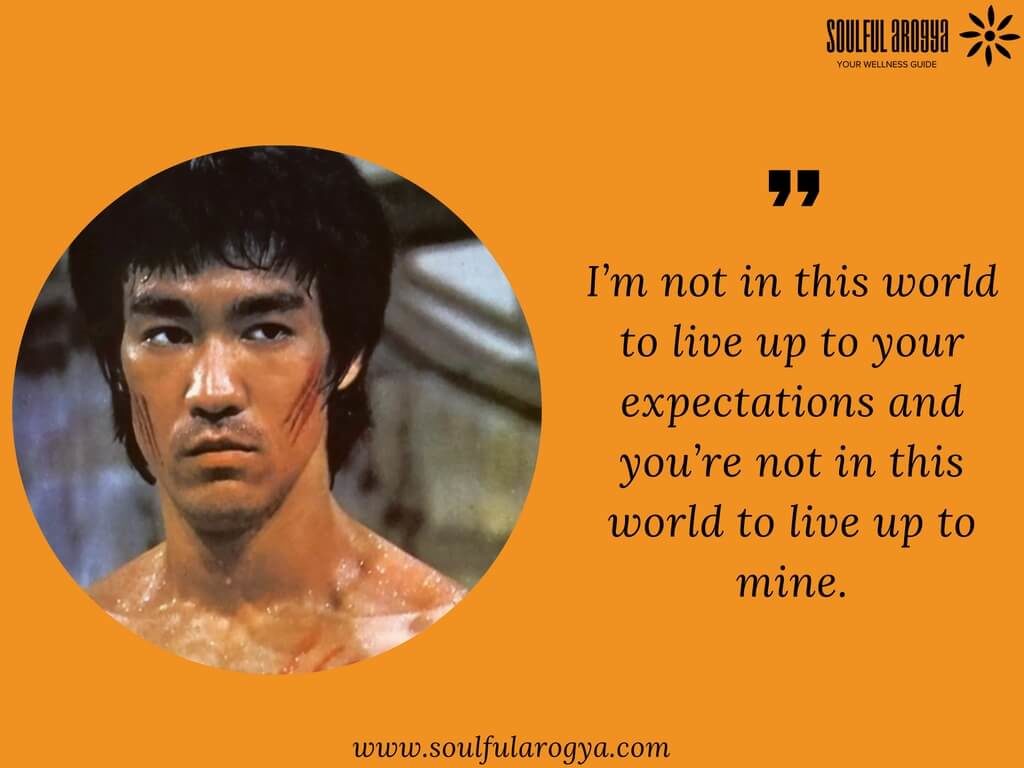 #3 “Adapt what is useful, reject what is useless, and add what is specifically your own.”

#4 “Mistakes are always forgivable, if one has the courage to admit them.”

#5 “A wise man can learn more from a foolish question than a fool can learn from a wise answer.” 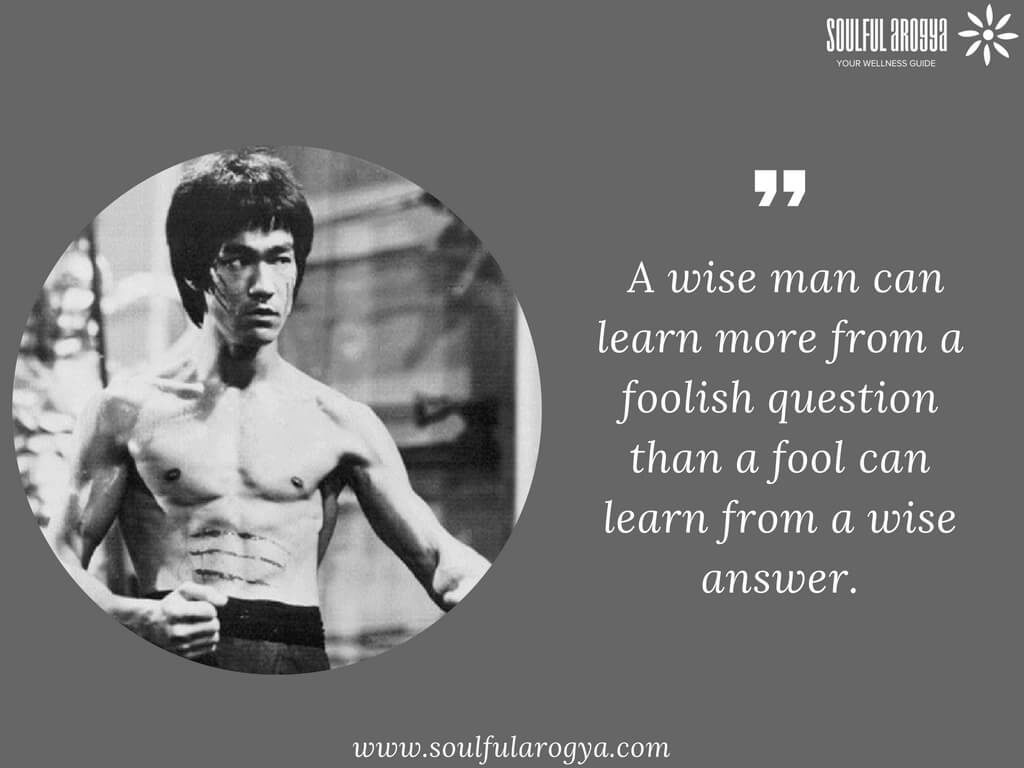 #6 “If you always put limits on everything you do, physical or anything else, it will spread into your work and into your life. There are no limits. There are only plateaus, and you must not stay there, you must go beyond them.”

#7 “Don’t fear failure. Not failure, but low aim, is the crime. In great attempts it is glorious even to fail.”

#8 “If you spend too much time thinking about a thing, you’ll never get it done.”

#10 “The doubters said,
“Man can not fly,”
The doers said,
“Maybe, but we’ll try,”
And finally soared
In the morning glow
While non-believers
Watched from below.”

#11 “The key to immortality is first living a life worth remembering.”

#12 “A goal is not always meant to be reached, it often serves simply as something to aim at.”

#13 “Be a practical dreamer backed by action.”

#14 “If you don’t want to slip up tomorrow, speak the truth today.” 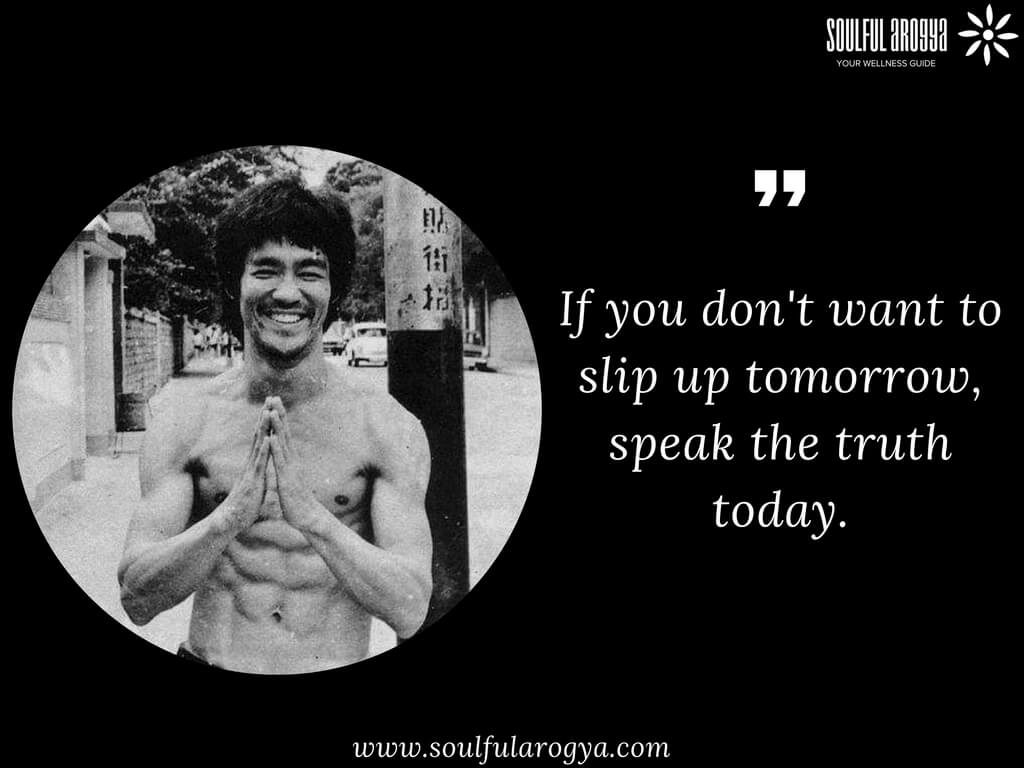 #15 “A quick temper will make a fool of you soon enough.”

#16 “Notice that the stiffest tree is most easily cracked, while the bamboo or willow survives by bending with the wind.”

#17 “For it is easy to criticize and break down the spirit of others, but to know yourself takes a lifetime.”

#18 “A good teacher protects his pupils from his own influence. ”

#19 “Forget about winning and losing; forget about pride and pain. Let your opponent graze your skin and you smash into his flesh; let him smash into your flesh and you fracture his bones; let him fracture your bones and you take his life! Do not be concerned with escaping safely- lay your life before him!”

#21 “If there is a God, he is within. You don’t ask God to give you things, you depend on God for your inner theme.”

#22 “Using no way as a way, having no limitation as limitation.”

#23 “Be self aware, rather than a repetitious robot.”

#24 “Knowledge will give you power, but character respect.”

#25 “Time means a lot to me because you see I am also a learner and am often lost in the joy of forever developing.”

#27 “The more we value things, the less we value ourselves.”

#28 “Those who are unaware they are walking in darkness will never seek the light.”

#29 “Life’s battles don’t always go to the stronger or faster man. But sooner or later the man who wins, is the man who thinks he can.”

#30 “It’s like a finger pointing away to the moon. Don’t concentrate on the finger or you will miss all that heavenly glory.”

If you’re a Bruce Lee fan, you’ve got to check out the links given below. From his movies to books to his philosophy on life and martial arts, these resources below offer some of the best content on Bruce Lee you can find on the web:

Editor’s Note: This article was first published on Jan 1, 2017 and has been updated regularly since then for relevance and comprehensiveness.