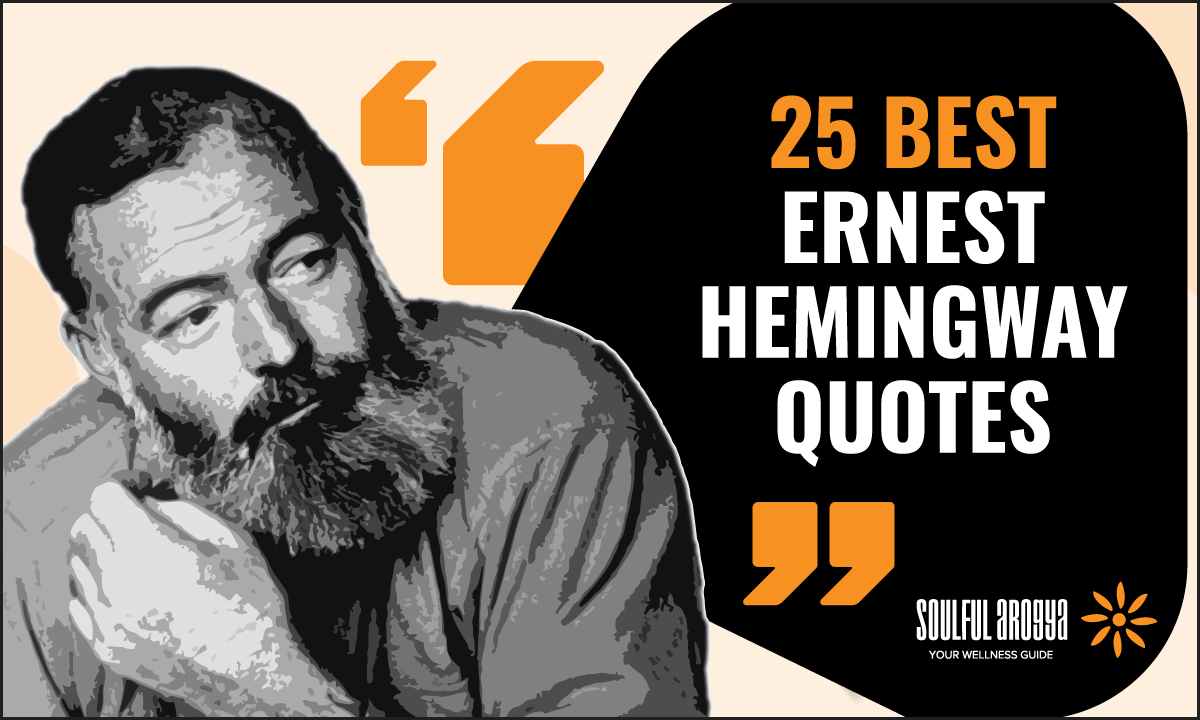 Ernest Hemingway, the Nobel-prize winning author, had several critics during his lifetime. But none were as fierce and reputed as the writer and fellow Nobel Laureate William Faulker.

When asked to state his opinion on Hemingway in one of the events he was invited to speak, Faulker rather disparagingly said, “Ernest Hemingway has no courage and has never crawled out on a limb. He has never been known to use a word that might cause the reader to check with a dictionary to see if it is properly used.”

Not one to take an insult sitting down, Hemingway reportedly responded:

“Poor Faulkner. Does he really think big emotions come from big words? He thinks I don’t know the ten-dollar words. I know them all right. But there are older and simpler and better words, and those are the ones I use.”

That response of Hemingway was emblematic of his minimalistic writing style. He believed in keeping things simple, and he was known for his tight prose.

People familiar with Hemingway’s work, which included classics such as The Old Man and the Sea, A Farewell to Arms, and The Sun Also Rises, are well aware of the great author’s penchant for brevity and simplicity.

In fact, Hemingway’s writing style even inspired the popular Hemingway App, an online editing tool that helps improve your sentence structure to make your writing crisp and clear.

This collection of the best Hemingway quotes is our attempt to honor his literary legacy.

Here are 25 of the best Ernest Hemingway quotes that are thought-provoking, perceptive, and offer a vivid insight into his mindset.

Note: A few of these quotes here have been borrowed from his books.

25 Most Inspirational Quotes by Ernest Hemingway

1. “Every man’s life ends the same way. It is only the details of how he lived and how he died that distinguish one man from another.” 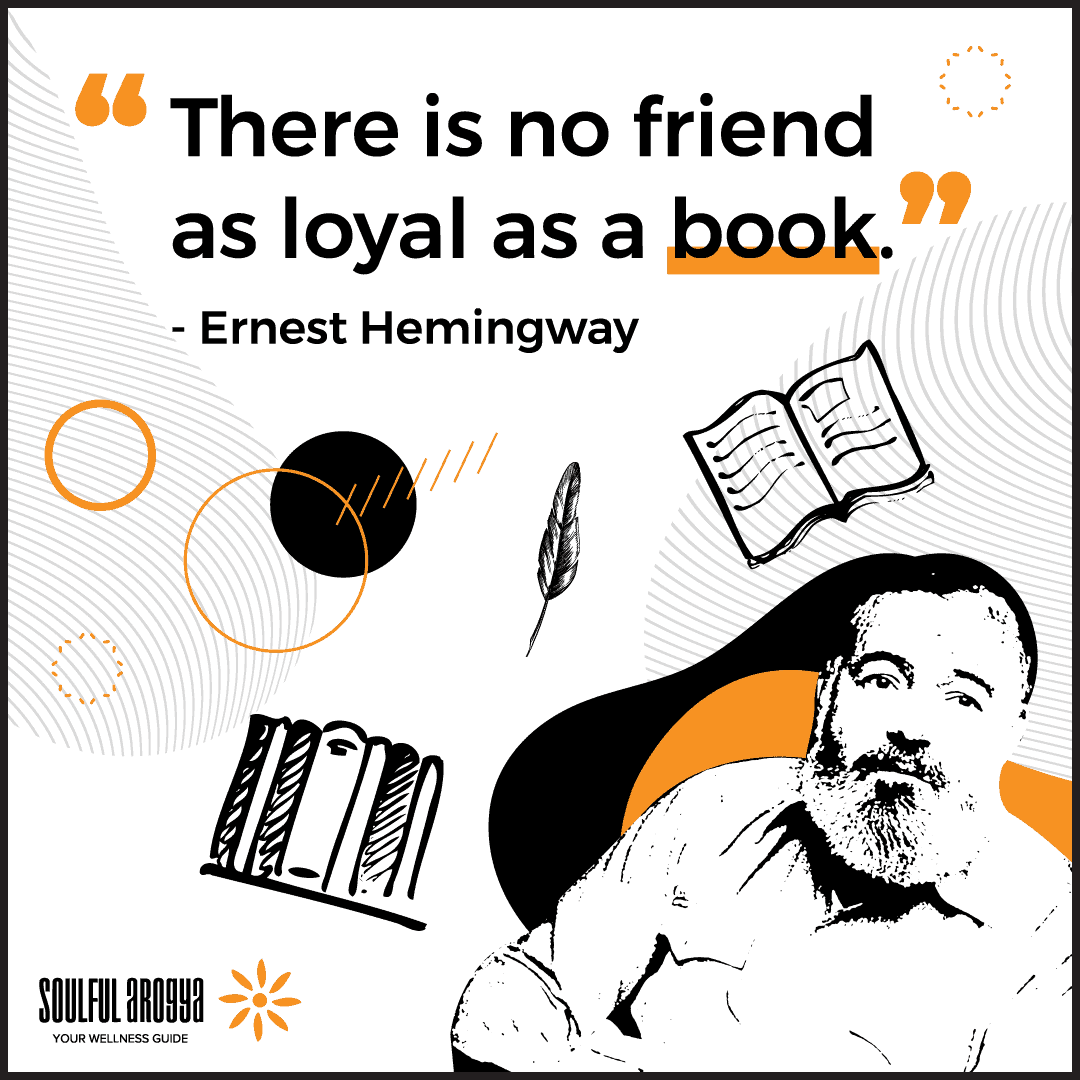 3. “There is nothing to writing. All you do is sit down at a typewriter and bleed.”

4. “The first draft of anything is shit.” 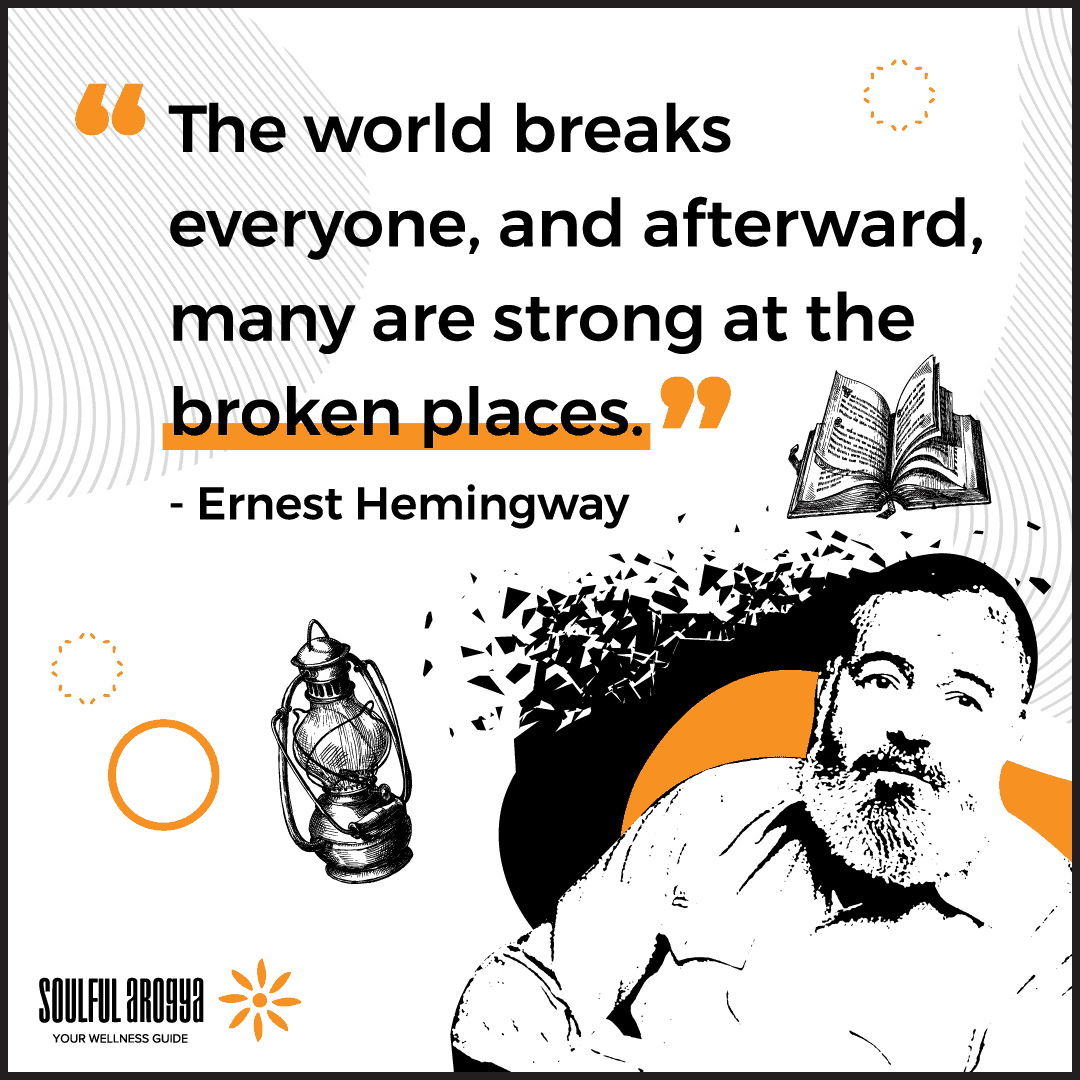 6. “The world breaks everyone, and afterward, many are strong at the broken places.” [From A Farewell to Arms]

7. “Never think that war, no matter how necessary, nor how justified, is not a crime.”

9. “The best way to find out if you can trust somebody is to trust them.”

10. “All you have to do is write one true sentence. Write the truest sentence that you know.”

11. “Never to go on trips with anyone you do not love.” [From A Moveable Feast]

12. “My aim is to put down on paper what I see and what I feel in the best and simplest way.”

13. “The first and final thing you have to do in this world is to last it and not be smashed by it.”

14. “I can’t stand it to think my life is going so fast and I’m not really living it.” [From The Sun Also Rises] 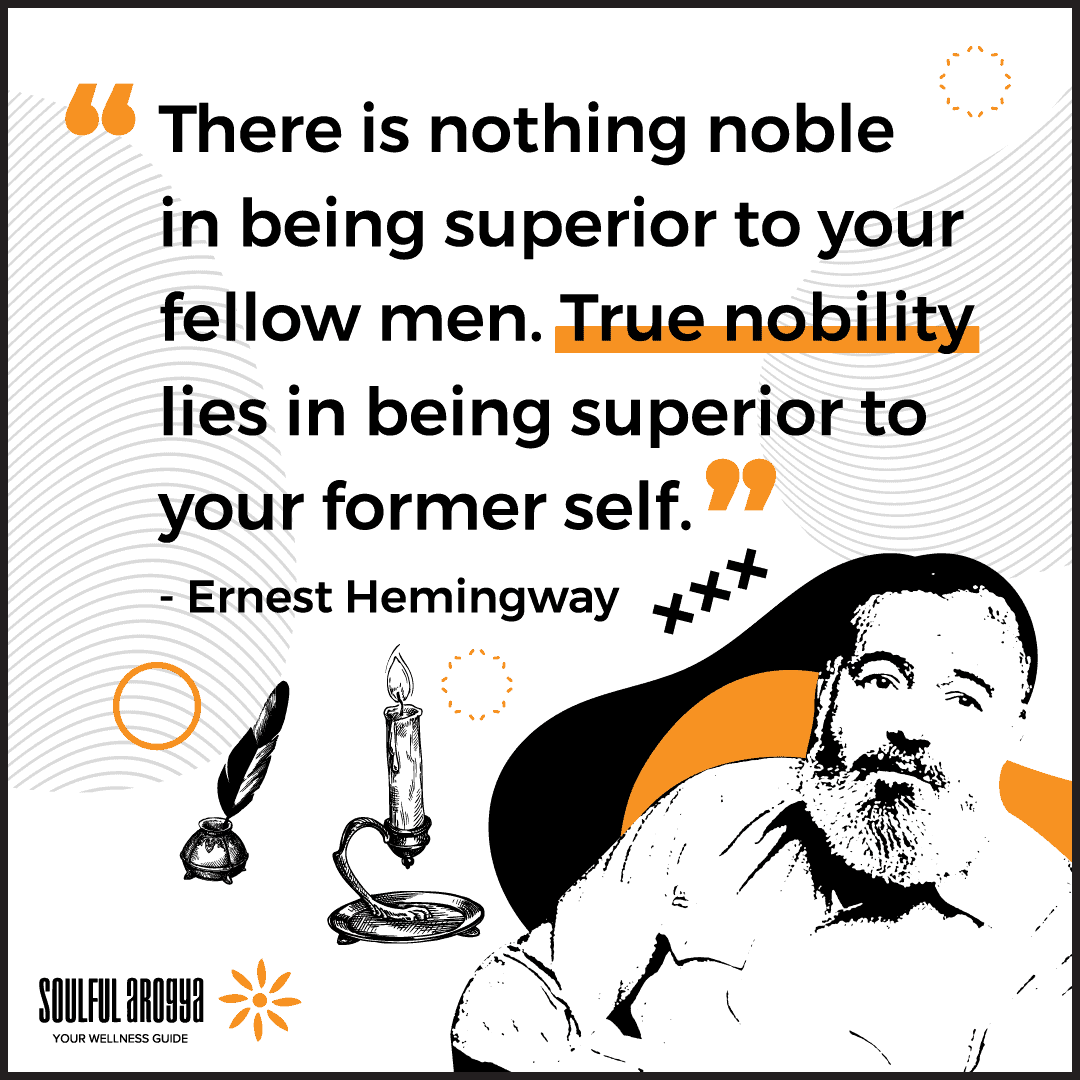 16. “Worry a little bit every day and in a lifetime you will lose a couple of years. If something is wrong, fix it if you can. But train yourself not to worry: Worry never fixes anything.”

17. “When writing a novel a writer should create living people; people not characters. A character is a caricature.” [From Death in the Afternoon]

18. “The shortest answer is doing the thing.”

19. “Always do sober what you said you’d do drunk. That will teach you to keep your mouth shut.”

20. “I drink to make other people more interesting.”

21. “Courage is grace under pressure.”

22. “You can’t get away from yourself by moving from one place to another.” [From The Sun Also Rises]

24. “As you get older it is harder to have heroes, but it is sort of necessary.”

25. “Happiness in intelligent people is the rarest thing I know.”

If you liked this collection of Hemingway quotes, please share it on Twitter using the link below: