A few weeks back, we published a post on the side effects of green tea and who must avoid it. This time we will explore the health benefits of green tea that are backed by research. Green tea is packed with antioxidants and other nutrients that can have incredible effects on the body. It’s considered one of the healthiest beverages in the world for a reason. Here are 10 proven green tea health benefits.

Antioxidants became all the buzz in the 90s when scientists began to understand the harmful impact of free radicals. The food that we eat turns into energy in our body and this generates byproducts in our body called free radicals. These chemicals can cause serious damage to us with a process called oxidation. Normally, our bodies are capable of handling free radicals, but in the absence of antioxidants, the free radical production can become too excessive, causing serious damage. Free radical also increases with age and is one of the chief drivers of aging.

One great way to cleanse your system of free radicals is to consume drinks such as green tea which are rich in antioxidants. A clinical trial conducted by the American Society for Nutritional Sciences found that regular consumption of green tea can have positive health effects. This is primarily due to the high levels of antioxidants and flavonoids in green tea.

According to Cancer.Gov, consumption of green tea can help prevent cancer. This is because green tea activates our internal detoxification enzymes which may prevent tumor growth. Although the research findings are not substantial, there definitely seems to be a link between cancer prevention and green tea consumption.

Green tea contains L-theanine, an amino acid found mainly in tea, which helps you relax and reduce symptoms of anxiety. There is some science behind these claims as well. A study published in the Journal of Trends in Food Science and Technology indicated that L-theanine in green tea acts as a neurotransmitter to increase alpha waves in the brain. Alpha waves are indicators of calm and relaxation. The human volunteers in the study were given 50-200mg of L-theanine and were shown to have increased alpha waves in the brain.

Green tea is considered good for heart health because of its lower levels of caffeine compared to other caffeinated beverages such as coffee and tea. According to a research conducted by Harvard Medical School, it was found that adults who consumed five cups of green tea every day were at lower risk of heart disease or strokes.

Green tea can help you lose weight without giving you the jitters that is associated with coffee. While the higher levels of caffeine found in coffee are linked to fat burning, it is not recommended to have 5 cups of coffee as this may increase anxiety and stress. The weight loss effect of green tea goes much beyond its caffeine levels. According to WebMD, Green tea has thermogenic properties which promotes fat oxidation enhancing its fat burning qualities and boosting our metabolism.

Green tea contains an antioxidant named catechins which fights bacteria in the body that may cause illness. According to a study published in the Food Science Technology Bulletin, catechins, especially epigallocathechin gallate (EGCg) and epicatechin gallate (ECg), can inhibit the growth of a wide range of bacterial species in our body.

As mentioned earlier, oxidation caused by free radicals is one of the main drivers of aging. Green tea is so rich in antioxidants that it can combat these free radicals and halt the oxidation process. A study conducted by University of Campbell found that Japanese practitioners of green tea ceremony had longer life spans. Free radicals also affect our skin by breaking down collagen, a protein in our skin that keeps us looking young. The antioxidants in green tea may stop the free radicals from damaging collagen.

The key active stimulant in green tea is caffeine. There are several studies on caffeine which indicate that it blocks an inhibitory neurotransmitter in the brain called Adenosine. As mentioned earlier, green tea contains less caffeine than coffee, but it produces this response without causing the jitters associated with coffee.

But it’s not just the caffeine content in green tea which makes it unique. The L-theanine content in green tea increases dopamine (one of the happy chemicals) and alpha waves in the brain. Caffeine and L-theanine can produce synergistic effects and the two are particularly potent in improving the cognitive function. There are many people who report having more stable energy and being much more productive after consuming green tea.

Green tea can not only improve cognitive function, but it may also protect our brain in old age. Alzheimer’s disease is one of the most common neurodegenerative diseases and a leading cause of dementia. Studies have shown that the catechins found in green tea can have several protective effects on neurons, lowering risk of Alzheimer. Numerous studies have also shown that consumption of green tea may reduce risk of Parkinson’s disease, another common neurodegenerative disease.

From improving cognitive function to protecting us against several diseases, consumption of green tea can truly have incredible health benefits. Make it a regular part of your daily diet. Just don’t drink it excessively as it can have a few side effects. Leaving that aside, green tea is definitely one of the healthiest beverages in the world.

Any green tea health benefits which you think we have missed out on? Let us know in the comments section. 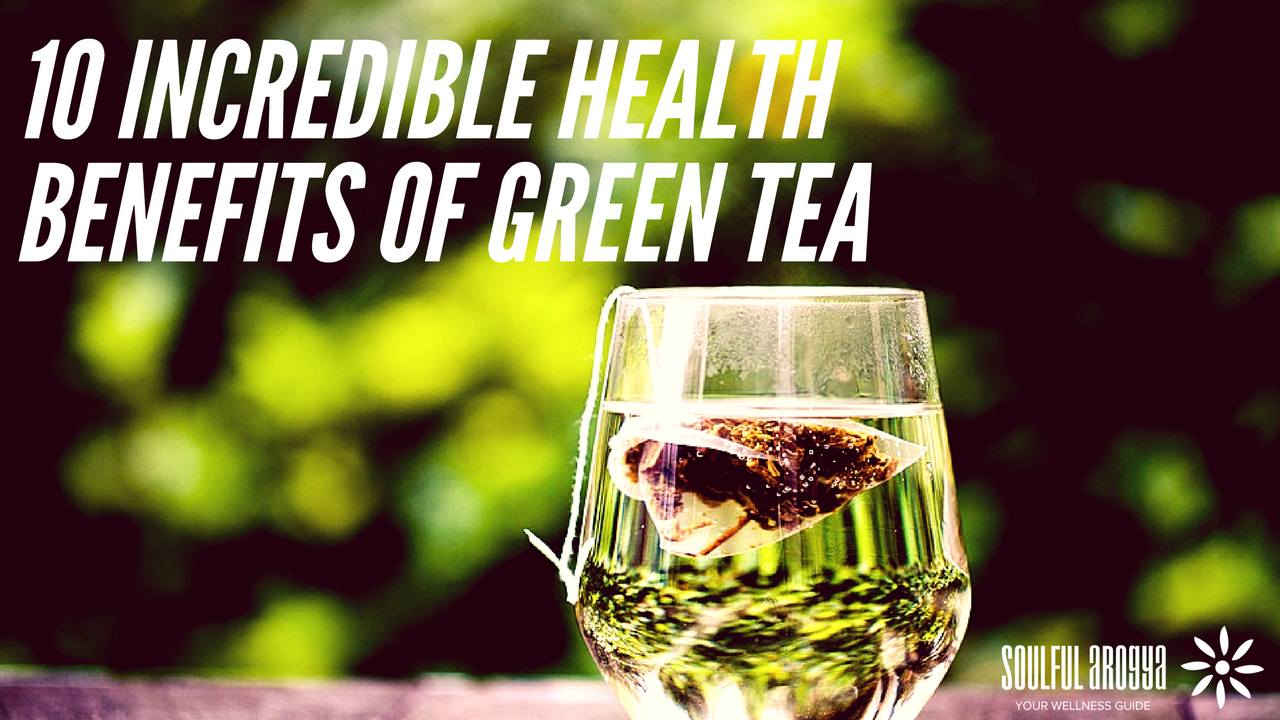