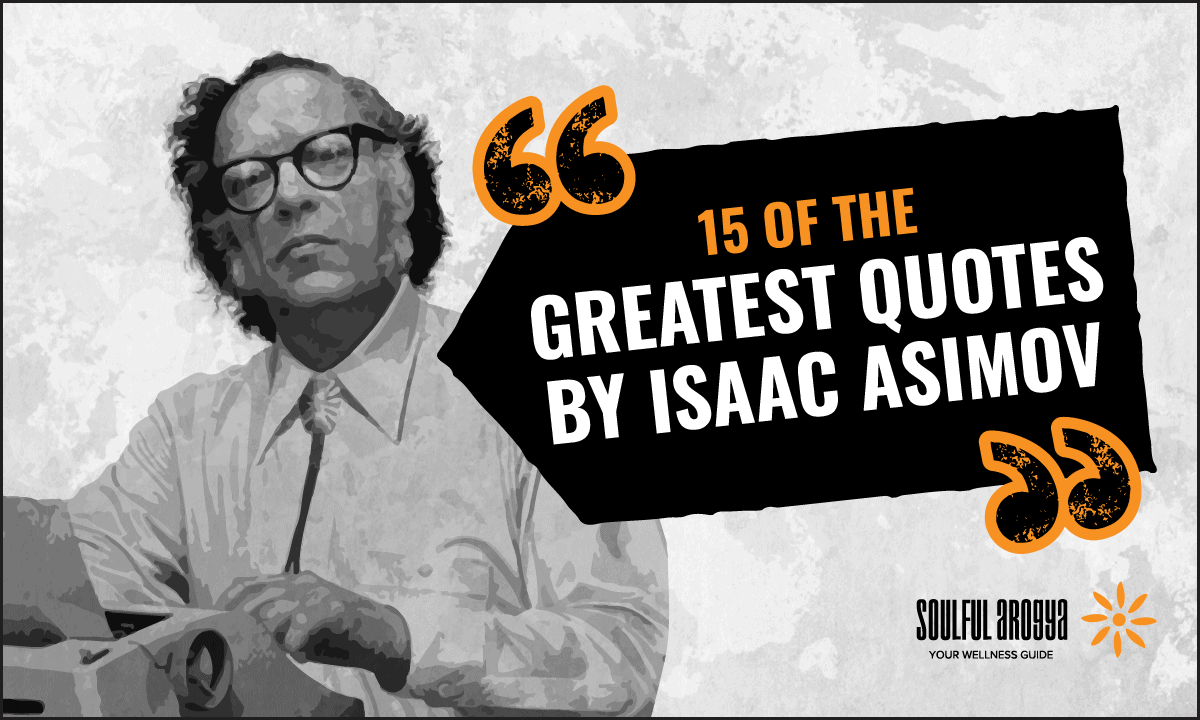 Isaac Asimov, the iconic science fiction author and visionary, is considered one of the most prolific writers of the 20th century, and along with Robert A. Heinlein and Arthur C. Clarke, he was one of the “big three” science fiction writers during his lifetime.

Asimov is most remembered for his influential sci-fi books, The Foundation Series and Robot Series.

Over the course of his prolific career, Asimov won several Hugo and Nebula Awards, as well as received accolades from science institutions.

He made several predictions about the future, including his popular essay published in 1964 where he predicted what the world would look like in 2014.

On Asimov’s 97th birthday, we’ve listed down 15 of his most memorable quotes that exemplify his beliefs and philosophy.

Note: If you’re not yet familiar with the world of Isaac Asimov and his brilliant sci-fi novels, scroll down to see our recommended list of Asimov books you can start adding to your bookshelf.

15 of the Greatest Isaac Asimov Quotes

#2 “In life, unlike chess, the game continues after checkmate.”

#5 “Violence is the last refuge of the incompetent.”

#6 “People who think they know everything are a great annoyance to those of us who do.”

#7 “Never let your sense of morals get in the way of doing what’s right.”

#8 “If the doctor told me I had six minutes to live, I’d type a little faster.”

#9 “Though science can cause problems, it is not by ignorance that we will solve them.”

#10 “To insult someone we call him “bestial.” For deliberate cruelty and nature, “human” might be the greater insult.”

#11 “Your assumptions are your windows on the world. Scrub them off every once in a while, or the light won’t come in.”

#12 “Humanity has the stars in its future, and that future is too important to be lost under the burden of juvenile folly and ignorant superstition.”

#13 “Intelligence is an accident of evolution, and not necessarily an advantage.”

#14 “I prefer rationalism to atheism. The question of God and other objects-of-faith are outside reason and play no part in rationalism, thus you don’t have to waste your time in either attacking or defending.”

If you’re an Isaac Asimov fan, then you’d have most probably read his Foundation novels, the Robots series, and his collection of short stories. If you’re yet to read any of his books and you are a sci-fi fan, then here are some of the books we recommend.