Oscar Wilde was a prolific Irish author who wrote plays, fiction, essays, and poetry. He was known for his acclaimed works which included the novel The Picture of Dorian Gray and the play The Importance of Being Earnest. In the early 1890s, he was one of London’s most popular playwrights.

Despite his achievements, Oscar Wilde is best remembered for his sharp wit, his flamboyant lifestyle, and the circumstances surrounding his imprisonment.

In 1895, Wilde was arrested for “gross indecency” for his homosexual liaisons, tried and sentenced to 2 years in prison. When he was ultimately released from prison in 1897, he left for France and lived there until his untimely death in 1900 at the age of 46.

Wilde’s life and work continues to fascinate people and he is one of the most quoted and wittiest writers of all time.

Here’s a collection of 25 of Oscar Wilde’s wittiest quotes.

1. “Most people are other people. Their thoughts are someone else’s opinions, their lives a mimicry, their passions a quotation.”

2. “To live is the rarest thing in the world. Most people exist, that is all.”

3. “The truth is rarely pure and never simple.”

4. “Always forgive your enemies; nothing annoys them so much.”

5. “Be yourself; everyone else is already taken.”

6. “You can never be overdressed or overeducated.”

7. “We are all in the gutter, but some of us are looking at the stars.”

8. “Never love anyone who treats you like you’re ordinary.”

9. “A good friend will always stab you in the front.”

10. “Anyone who lives within their means suffers from a lack of imagination.”

11. “Every saint has a past, and every sinner has a future.”

12. “A thing is not necessarily true because a man dies for it.”

13. “Experience is merely the name men gave to their mistakes.”

14. “Everything in the world is about sex except sex. Sex is about power.”

15. “Man is least himself when he talks in his own person. Give him a mask, and he will tell you the truth.”

16. “I think God, in creating man, somewhat overestimated his ability.”

17. “Some cause happiness wherever they go; others whenever they go.”

18. “A cynic is a man who knows the price of everything, and the value of nothing.”

19. “All women become like their mothers. That is their tragedy. No man does, and that is his.”

22. “Fashion is a form of ugliness so intolerable that we have to alter it every six months.” 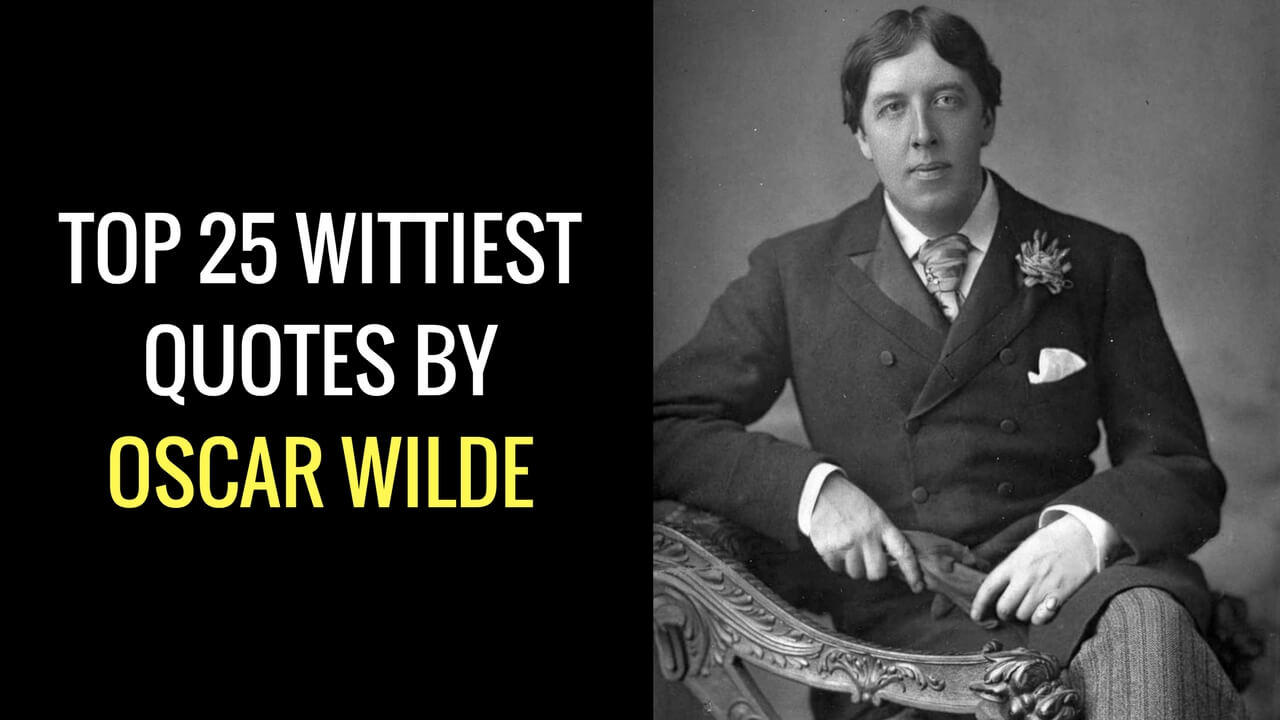