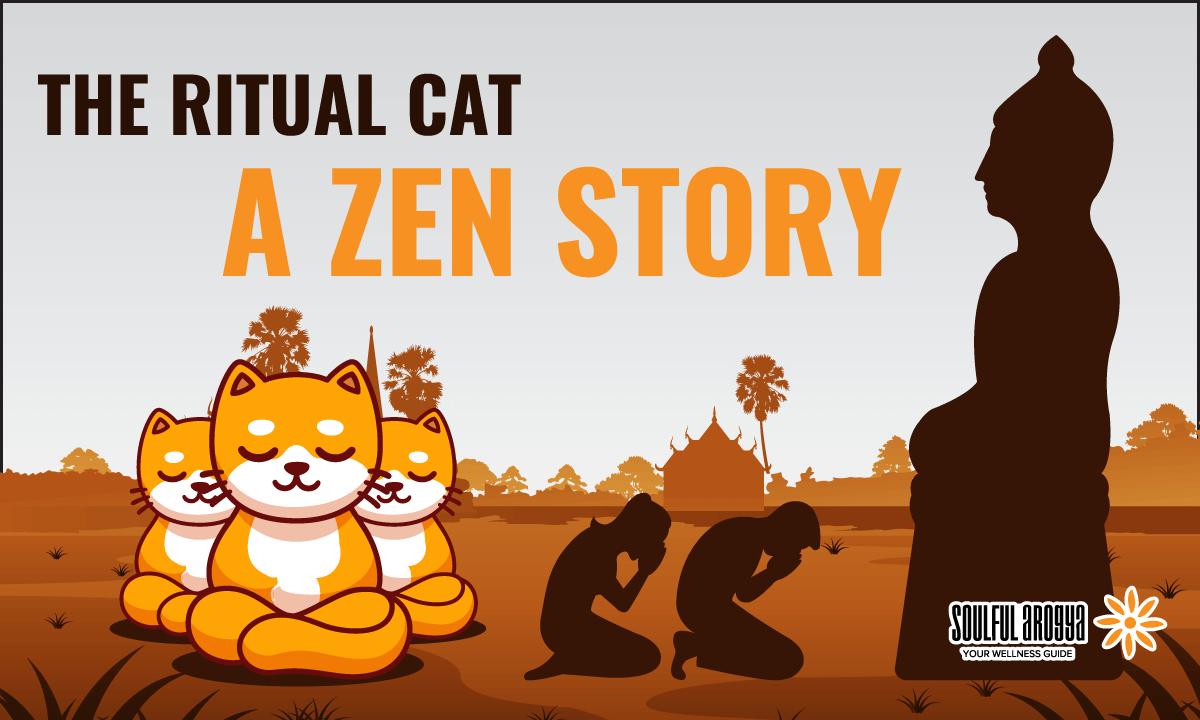 Religious rituals are known to all human societies. Rituals appeal to tradition and are generally concerned with repeating historical precedents in a precise manner. The origins of these rituals go so far back in history that they are seldom known.

Here’s an old Zen fable on one such ritual.

When a spiritual teacher and his disciples were practicing their evening meditation, the cat living in the monastery was making such noise that it was distracting everyone. So the master ordered that the cat be tied during the evening meditation practice.

Centuries later, learned descendants of the spiritual teacher wrote scholarly treatises about the religious significance of tying up a cat for meditation practice.