Sam Harris has been outspoken about atheism and his views on organized religion. Very few would describe him as spiritual. Yet in his book Waking Up: A Guide to Spirituality Without Religion, Sam Harris displays his spiritual side by revealing his passion for mindfulness meditation.

Whether or not you agree with his views on faith, Harris makes a compelling philosophical and scientific argument for the benefits of mindfulness meditation.

Read on to find out why this is one of the best books on meditation ever written.

Sam Harris is one of the most renowned atheists and rationalists of our generation. Like his fellow atheists and contrarians, Richard Dawkins and the late Christopher Hitchens, Harris is passionate about his beliefs or lack thereof and has eloquently debated prominent people of faith including the likes of Reza Aslan and Deepak Chopra. He has even written books defending his views in his previous books, including the best sellers The End of Faith and Letter to a Christian Nation. But unlike Hitchens and Dawkins, Harris has a ‘spiritual’ side (a word he despises but uses anyway because there is no better alternative).

In Waking Up, he takes a scientific approach to spirituality, disconnecting it from religion, describing in detail his journey and experiments with mindfulness meditation. Throughout the book, he makes compelling arguments for practicing meditation without religion getting into the mix.

The first few pages of the book are spent fending off attacks Harris anticipates from majority of his fans who are religious skeptics. At the very outset, he makes it clear that spirituality need not be practiced within the confines of religion and that consciousness, like any other object of study in science, should be examined with an open mind. Sam Harris has this to say about his own mind in the book:

“My mind begins to seem like a video game: I can either play it intelligently, learning more in each round, or I can be killed in the same spot by the same monster, again and again.”

At its core, the book is about the benefits of mindfulness meditation and an examination of consciousness from a scientific perspective. Harris begins by explaining the roots of mindfulness meditation practice as it was first described in Satipatthana Sutta, which he calls an ’empirical guide to freeing the mind from suffering.’ He briefly reveals his own meditation technique and whisks through esoteric topics such as dukkha (suffering), the concept of self or “I”, consciousness, and even debunks a few ‘gurus’, among other things.

It’s an extremely well-written book, a fun read, and truly what one would call ‘a skeptic’s guide to meditation.’

Having said that, the book is not without its shortfalls.

Some of the things I didn’t like about the book included his unwarranted critique of Hatha Yoga and Osho. For a research-minded person like Sam Harris, it’s strange that his views on Hatha Yoga are mostly derived from an ill-researched book called The Lotus and the Robot, written by Arthur Koestler who made observations on eastern mysticism, having spent just a few weeks in India and Japan. It’s complete garbage and Harris shouldn’t have wasted his time and ours by defending Koestler’s absurd and idiotic views.

In a similar vein, his criticism of Osho seems to have arisen by watching Osho videos on YouTube. I don’t have a problem with Harris criticising eastern practices or gurus, but I felt many of his criticisms in the book were unsubstantiated and the book would have been so much better with him just focusing on his experience with mindfulness. I also felt he spent way too much time defending his ‘spirituality’, a section of the book clearly devoted to his skeptic fans who have major problems with the word.

Throughout the book, I wanted to yell out loud, “We get it, Sam! We are convinced about your version of spirituality. Now move on and talk about meditation and consciousness.”

He also shares his experience of experimenting with LSD, a part of the book I couldn’t care less about. But if that’s your cup of tea, then you might enjoy this particular section of the book.

Nonetheless, if you’re able to ignore these minor pitfalls, this is a well-written book which covers the following concepts in the most compelling fashion:

All things considered, I found this book extremely enjoyable and would recommend it to believers and non-believers alike. Sam Harris does a wonderful job explaining the myriad benefits of mindfulness meditation and the potential of the human mind. 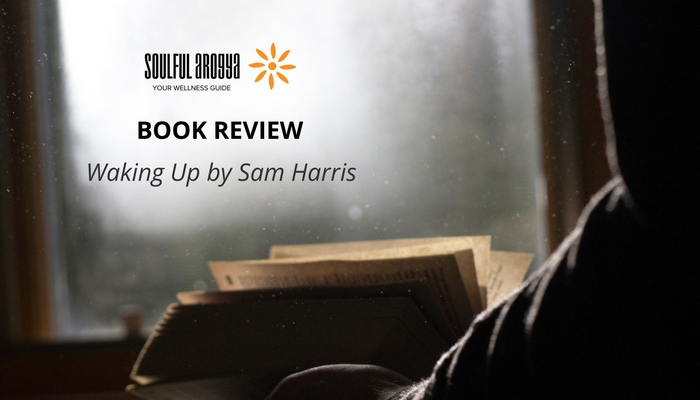