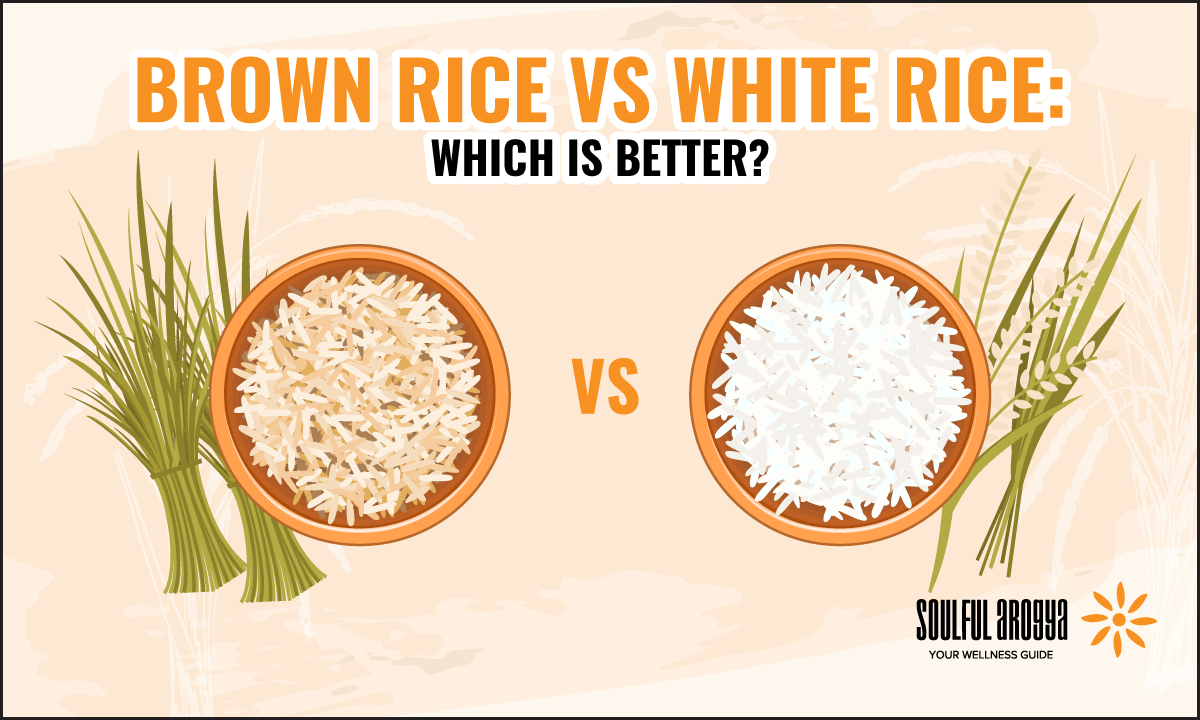 Rice has been receiving a lot of negative publicity in nutrition circles recently. Some believe it causes weight gain due to its high-calorie content. Others believe that it’s alright if you have it in moderation.

Rice, may it be white or brown, has been a staple food in India since the dawn of time. We have rice during lunch and dinner, and sometimes even for breakfast.

The ancient science of Ayurveda has established that rice is good for everyone, all year round, regardless of your prakriti (nature of one’s body). Unlike the western perspective which judges rice on its calorie and fiber content, Ayurveda takes into account who’s eating it, when it’s being eaten, and how our agni (digestive fire) reacts to it.

White Rice vs Brown Rice: Which is Healthier?

Since the bran has been removed, white rice is easily digestible. According to Ayurveda, our agni or digestive fire is the weakest during summer. It is recommended that we consume foods that are easy to digest when our digestive ability is low. For this reason, white rice is much healthier choice during summer season since they are easy to digest.

Another factor to note in Ayurveda is the person’s constitution (prakriti). Each individual is different. There are individuals who have strong agni throughout the year. For these people, brown rice is recommended. Similarly, individuals with sensitive or weak agni should go for white rice.

Rice is one of the rare foods that Ayurveda has established as good for everyone regardless of one’s constitution. Ignore the bad rap which rice has undeservedly received lately, and make a special place for it in your diet. Just remember the general rule of Ayurveda: white rice during summer and warm months, and brown rice during winter or cooler months.

Everything You Need to Know About Juicing (Great Juicing Recipes Included)