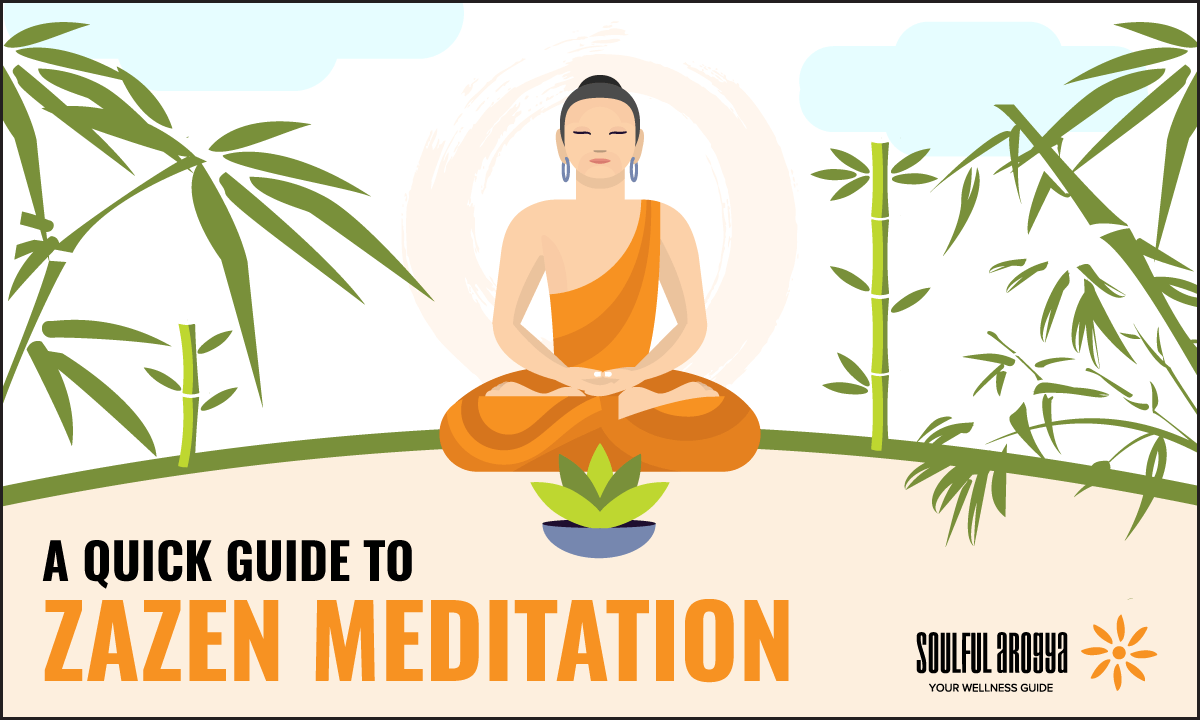 One of the more notable practisers of Zen Buddhism was a monk named Kodo Sawaki – or “Kodo the Homeless” as he was nicknamed for his refusal to take charge of any monastery.

He is famously quoted as describing Zen by saying:

“We stop the one who can’t cease from seeking things outside, and practice with our bodies with a posture that seeks absolutely nothing. This is Zazen.” – Zenshu, Collected Works, vol 15. (Tokyo: Daihorinkahu, 19660), p.336

Zazen meditation (literally translated as ‘seated meditation’) is characteristically the chief religious practice, and the heart of, Zen Buddhism. Zazen meditation is the study of oneself. Only through consistent meditation can a person broaden their awareness and develop their intuition.

There are five different styles of zazen meditation, as classified by Kuei-feng Tsung-me, a scholar-monk who practiced during the Tang dynasty. While they may appear outwardly as extremely similar it is important to remember that each style has its distinct purpose.

Bompu is the first style of zazen meditation. Bompu translates to ‘ordinary’ or ‘usual’; as such, it is not comprised of any religious or philosophical content. As a newcomer to zazen meditation, bompu is a great place to start as it is for anyone and everyone.

The second style of zazen meditation is gedo. Gedo literally translates to ‘an outside way’. This style of meditation is used to contemplate teachings other than Buddhism. For example, yoga is a form of gedo meditation, as is Christian meditation. Both practices are similar to Zen, but are not Buddhist.

The third style is shojo, or hinayana practice. Literally translated, hinayana means ‘smaller vehicle’. This form of meditation is often referred to as an expedient Zen, because shojo is aimed at the liberation of the self. It is Buddhist, but is not in alignment with Buddha’s highest teachings which state that one cannot attain personal peace while remaining indifferent to the wellbeing of others.

The fourth style is daijo, or Mahayana Zen. Daijo is true Buddhist Zen. The purpose of this form of meditation is to awaken your essential nature; to comprehend ‘the Way’ in your everyday existence.

The final style of zazen meditation is saijojo. Saijojo is ultimately the height of Buddhist Zen practice and is referred to as the ‘easy and perfect’ stage. In saijojo, you are firm in the principle that the practice of zazen is enlightenment in itself. You have actualized your true – or original – self.

In order to practice zazen meditation on your own you will need a few things: a zafu (or any pillow will do), a quiet space, and a clear mind.

So Should You Practice Zazen Meditation?